Photos and words by Cathelynne Walker

From the Old Biscuit Mill to the Old Castle Brewery, Woodstock is a suburb never seen without bustle on a bright Saturday afternoon. It was, therefore, surprising that what should have been a day out for the whole of Cape Town’s summer-body populace was instead a poorly attended showcase of brilliant artists without a muse.

Mother City Live was held on the 26th of November at Trafalgar Park in Woodstock, or so it seemed. Despite the well-organized and enthusiastic event staff, the largest audience that this event would see was only around one hundred people strong – and that was nearly midnight. This lack of numbers was amplified by the fact that the venue was simply miles too big for the turnout. 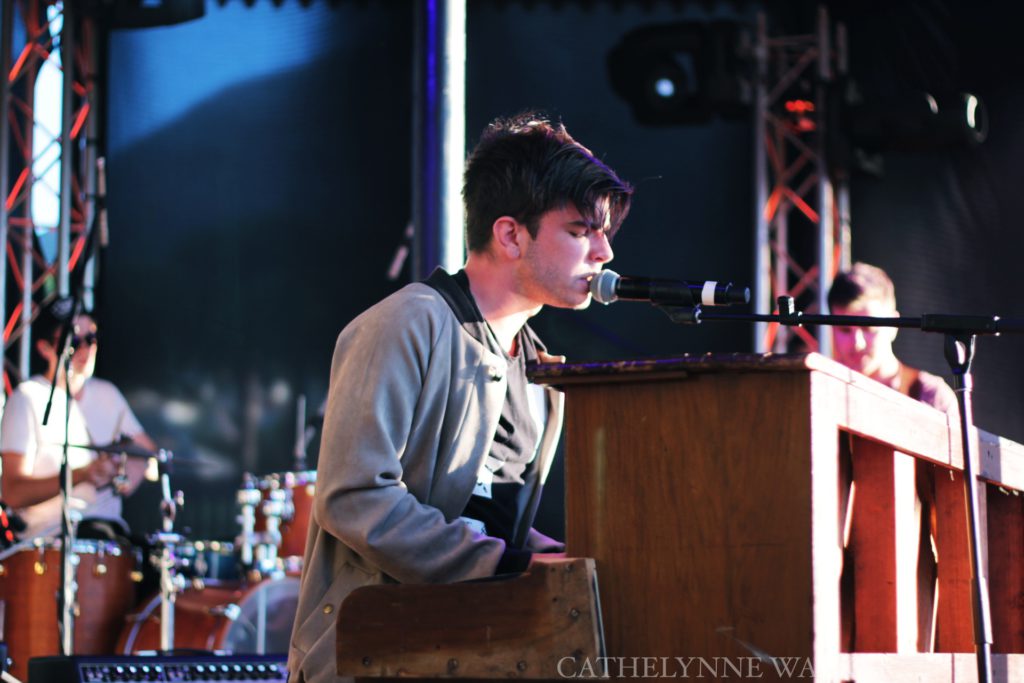 Carrying the burden of this slow start, The Liminals were keen to unite the drips and drabs of scattered festival-goers in their bass-heavy, moody funk – and they were taking no prisoners. The talented front-man and backup vocals contributed seamlessly to the synergy of blues, bringing with it a wave of sound best suited to sunset. It was only a pity, then, that their set was scheduled so early, so as to fade away against the background of the blazing heat and a small crowd of ten.

Good music and good food are often coupled together, and in the mother city, this should be no exception. Unfortunately, Mother City Live fell short here again, offering very few food choices and all very far-removed from the main festival area.  The bar area, small and poorly cordoned-off, was similarly not suited to accommodate for crowds, and it is with this information that one wonders whether or not the organisers anticipated many attendees or not. In between the food court and music area were the lonely tables of two to three artists, whose works, undoubtedly beautiful, would mingle only with one another for lack of new discourse. While these factors cannot solely be blamed for the overall poor turnout, they must nonetheless be taken into account. Warm beer never made a happy hipster. 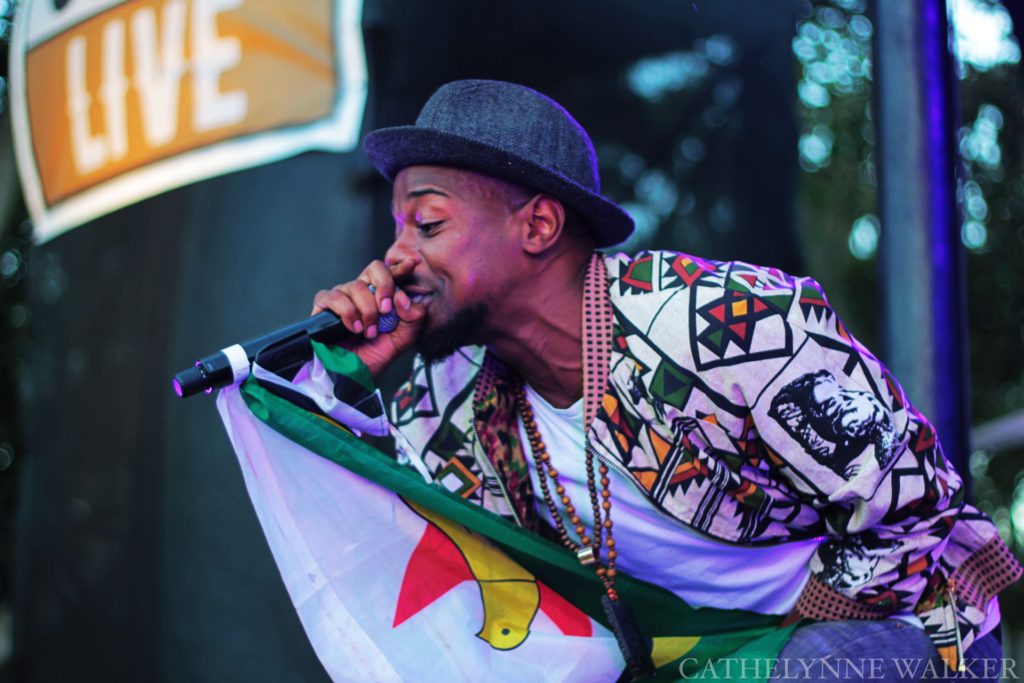 Where other features failed, music came to the rescue. With sounds like Janice and Lana Crowster mixing in with Opposite the Other, good energy and variety were the words of the day. When it comes to attracting the largest crowd, the likes of Tehn Diamond must be accredited with the opening of the faucet. Introducing a sound that was pure energy and shamelessly black, the trio succeeded in opening the floodgates to what seemed like the beginning of the event. It is a great task that stands before any band that must open for the main act, and Tehn Diamond did not hold back in ticking any of the boxes. It was by the end of this performance that the MCs handed over the audience, whose eyes glittered with the colours of Africa, to Jimmy Nevis.

It is one thing to be introduced as constituting the main act, and another entirely to act as such. Jimmy Nevis succeeded in laying the lights for his own runway, guiding the plane safely and taking off into the air with splendour, energy and poise. A performer at heart, Jimmy succeeded in capturing the audience as if each individually by the hand, whispering sweet nothings into their ear and allowing them the favour of calling his name into the night. 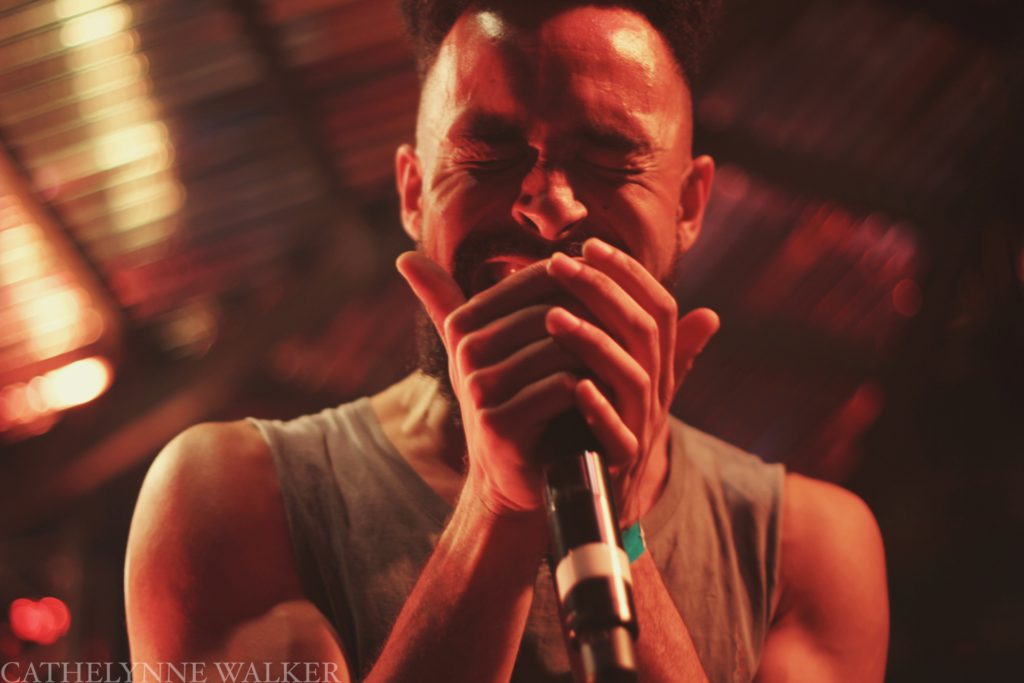 It was therefore with a heavy heart that the talented and upbeat Grassy Spark saw only half of the audience remain for their performance. Diverse in sound and teaming with eclectic energy, the two front-men took no notice of this slight and continued to entertain, with the comfortability and ease of a band practice in the garage.

The night was still far from over, and many more artists such as Phresh Clique and Simmysimmynya graced the stage, regrouping the audience for the final few acts, ended with a bang by DJ Diggy Bongz. Even this was not enough, and it was with light feet and bright eyes that festival-goers skipped their way into town to various unofficial and official after parties. 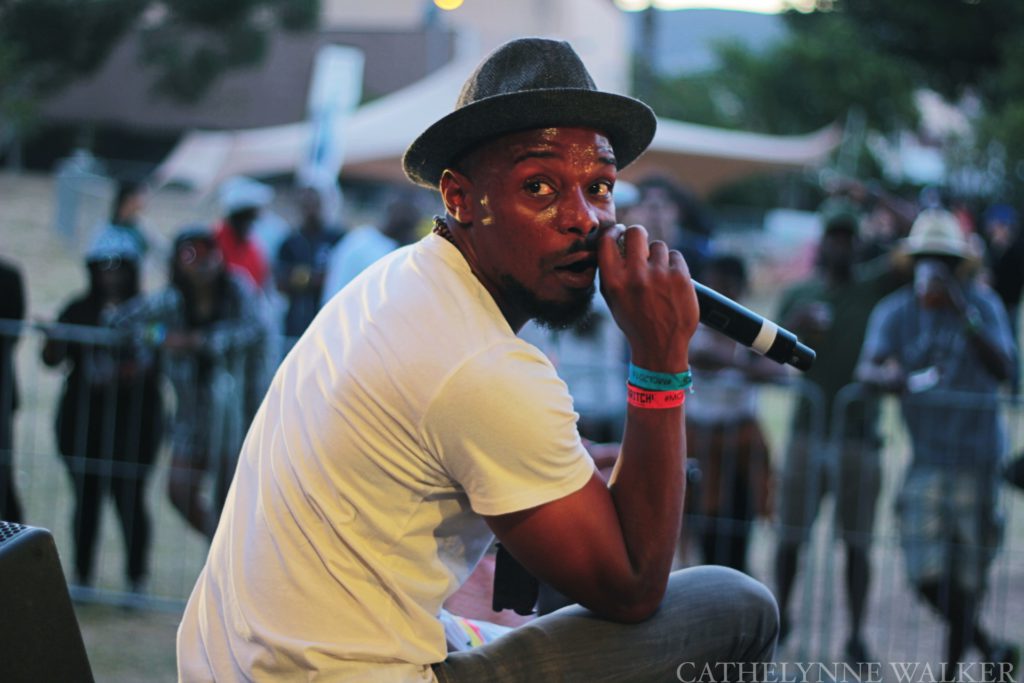 There are rough patches – plenty of them. The venue needed some second thought; the food needed a major boost and the bar: some market research. Improvement in these areas is sorely needed, but with those few changes, I am confident that this festival will go to new heights to unite and showcase great African talent. While it can definitely not be called an Arts festival at this stage, Mother City Live 2016 was a big reminder to all that as long as the music is good, everything else can be excused.

Today sees the official release of a brand new single by Cape Town-based singer/songwriter Janice. The single is entitled “Now or Never” and also features the rapper Ason, and comes after the release of her previous hit single, “Liar, Liar”. We decided to catch up with the singer in a short introductory interview.

Let’s start with your history, what initially propelled you to start singing?

I’m a singer / songwriter from Cape Town. I grew up in a very musical family and practically sang my whole life. Growing up I used to listen to international artists like Mariah and Whitney on radio and I learnt how to sing by mimicking them on the radio. Somehow that feeling ignited this dream. Also, the church played a huge role in me wanting to take my career further. And once family and friends found out I could sing . They basically forced me to do something with my voice.

As I understand, you started singing in church and in choirs – this kind of singing is vastly different to being a pop singer? Has your musical history played a major role in influencing how you approach your more pop-inclined music?

It definitely does, I find that there’s a lot of genres that have some type of Gospel sound. Which is amazing! Because there is so much emotion and fullness in it that immediately captures one’s soul. And because of my background, which I’m so grateful for. That sound is deeply embedded in my music.

So, therefore, I’m happy that pop music can be anything made popular /commercial. It gave me the opportunity to combine all of my favourites elements in music like, soulful/RnB vocals, catchy lyrics , strong melodies and great production into one sound which is Janice.

You stopped singing for a while after not making it to the final rounds of singing contest – how did that make you feel and why did it make you stop singing?

Hearing No for the first time in my career at 17years old was hard. Not even my mom was able to talk me out of this one.

Looking backing now, I was way to hard on myself. But I just couldn’t get over the rejection. And I don’t think I was prepared to take any more knocks like that. So I walked away from my dream …

Keep in mind that It was also the first big contest I’d ever done so It felt like if I didn’t make it through, then I wasn’t good enough for the industry and I left the contest believing exactly that. So I stayed away from music.

What influence did Jimmy Nevis have in getting you back into the music industry, and ultimately release your own music?

Jimmy and I are childhood friends, and when he started in 2012 he asked me to be a part of his band as a backing vocalist probably because we literally have been singing together our whole lives lol .

I must be honest it took much convincing but coming back was the best thing for me . Seeing him live out his dream reignited my love for music. And as years went by I started visualising that dream again. My own music started very much in the spur of the moment.

We were having coffee one night and he explained that he wrote a song for me. We went into the studio that same night… and now I’m answering interview questions for the release of my third radio single .

Let’s talk about your new single “Now or Never” – what does this song mean to you and what were some of your influences when approaching the song?

I didn’t really have an influence, I heard the track went in the vocal booth started sing melodies and runs and then wrote it on what could be a real life story .

The song is about an ultimatum or warning given to someone that’s a bit unsure about how they feel about you? You basically telling them that if you don’t make a move and seal the deal soon, you might just loose out on the opportunity forever.

Finally, what are the plans for the next year?