Deftones have been titans of the metal scene for a good 30 years and have recently released their eighth studio album Gore. In light of this release, Craig Roxburgh had a chance to get on the phone with Abe Cunnigham, the long-time drummer of the band, to discuss the possibility of another tour in South Africa, how he approaches reinventing his drumming style, the magical time of the late 80s and many other things.

Let us address the elephant in the room, many of your previous albums have reportedly been plagued by a lot of conflict and in-fighting. Did a similar situation arise while recording Gore?

Of course. It is really part of being a band. We are five people with quite strong opinions and we’re bound to fight. We bicker like brothers but we’re still able to record at the same time. It happens quite often, but to be honest, and not to be rude, it is a bit of a tired subject. I’ve been in the band for nearly thirty years now and to me, it is just business as usual.

This will probably come as hypocritical of me, but a lot of reviews and interviews surrounding Gore have focused on your band dynamic. Do you ever get tired of people subtly implying that you guys hate each other?

You definitely got the elephant out of the room with that first question. That was good. Of course, it is a tired question but I am quite glad that people ask it. If they need to ask it to get onto better things then so be it.

On the note of Gore, it has a much more atmospheric and I suppose cathartically beautiful feel to it than previous albums. What brought about this change?

We don’t really have much of plan for where we want to go with our sound, for better or for worse. Whenever we get together to make an album, we just see what we can try to capture in that time. I know there many other bands that do have a master plan, but we don’t. We just kind of go into the studio and see what happens. After all these years, we still enjoy getting together and seeing what we can come up with. There have always been hints of the atmosphere in our music. Even on the first album [Adrenaline], there have always been elements of thing that we’ve wanted to try and with each album after that – there has been more and more of that. So this is just where we’re at this point in time.

Deftones constantly strives for reinvention with each album being different and thus, this means that changes must occur to how the band approaches creating music. Do you find it difficult to adapt to the new drumming style that is expected of you for each album cycle? I mean, you’ve managed to go from being a punk-numetal drummer to I suppose what one could call a post-metal meets post-rock style drummer. Surely this change must pose some kind of challenge?

Yeah, it sought of just comes along. We’ve been in this band for several years now. Everyone is self-taught and everything we’ve learned over the past 3 decades we’ve learnt together while trying to write songs. There are certain things we didn’t know at all, but we have learnt quite a bit over the years. In my department, it is really about making things feel good. This stuff is primal. It is about making asses wiggle and makes someone want to dance and maybe even make someone want to fuck. That’s my job and it is actually pretty fun. I don’t really at it too much and we just sort of get together and see what we can do.

The artwork of Gore is quite simplistic in nature but at the same quite eclectic and invokes a lot of interesting imagery and feelings. Is there any particular meaning behind the artwork for the album and what was the design process like?

I’d hate to be boring, but I don’t think too much about it. There is not too much to it other than the image being rather striking. In simpler terms, generally when you see flamingos they’re on the ground – stationery, standing around on one leg. It is weird to see, or at least I have never seen, a picture of flamingos in flight. Then there is the title of “Gore” – which is a pretty violent and strong word. The two things don’t really match and there is no correlation to them at all. There is nothing more to it than a rather out there word against a rather pretty image. It is really just a striking combination. 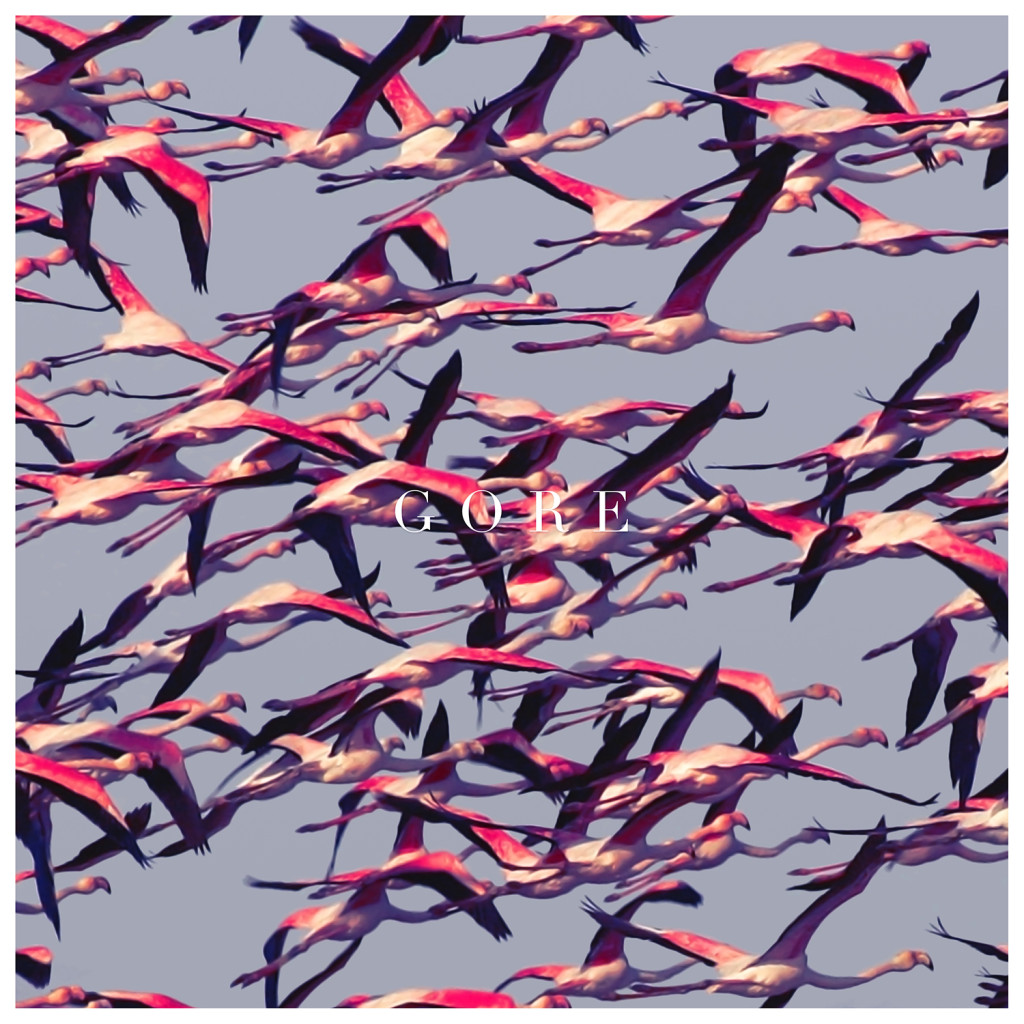 Deftones has been a juggernaut in alternative metal, and in mainstream rock, for the past 25 years or so. Did you ever expect when you started out in the late 80s in the denouement of the metal explosion of the 80s that you would go on to have so much success in your career?

I didn’t have any expectations, but I did have these hopes. It was pretty simple really. We were just figuring out how to make music as buddies. We all had similar interests that brought us altogether such as skateboarding and obviously music. The late 80s were, I would say, a magical time where things were just happening. People’s ears were opening up to things like rap music. It was a really cool time as people were being open to so much more than they were supposed to be open. For us, it was a really time where we figuring out if we could write enough songs to play a show at the local club and then after playing so often in our own town – get to the next town over. I always dreamt that it would bring us to fame, and even bring us to Africa. Touring in South Africa when we did was an amazing thing. I’m actually sitting here pinching myself while thinking about the fact that we’ve been going for this long and are still blooming and going to places we’ve never been, and hopefully going back to them. It is a beautiful thing.

Finally, you toured South Africa back in 2013. What were your thoughts on the South African crowds versus international crowds, and would you tour here again?

The fact that it took us so long to get there was one thing, but it was such a monumental trip for us. Everything about it was amazing. We had these two shows and we had a week in which do them. We were really able to take our time to see things and really sink ourselves into it and hoping we get the same in return we get something in return [from the crowd]. It was absolutely amazing. We’ve been playing together since we’ve been together and often play in places we’ve visited before. So going to a new continent, for one thing, is great as we get t experiences new cities and theses places to which we’ve never been. The reaction from the crowd was absolutely amazing and we hope to come back. We’re getting started on a new tour in light of our new record and we’ll like to come back if you’ll have us.

The music scene was recently rocked by the deaths of David Bowie and Prince. They were both artist that were renowned for their eclecticism and their constant experimentation. I feel like Deftones drew a lot of influence from these two artists with how often you evolved your sound and experimented with new things. What was your reaction to their deaths and did they have a notable influence on the way you approached music?

I was blown away by Bowie’s passing. His music was such a big part of me as well as my bandmates, but I’ll tell you what? Prince’s passing has me fucking guttered, and I’m still guttered by this. This dude had such an impact on me and also on the guys in the band. We are serious, serious Prince fans. They both had a major impact on us and I’m really saddened by Prince’s passing.

You released your debut album in 1995 at a moment where nu-metal was just starting take its form with the likes of P.O.D and Korn putting out music. It was a genre that wasn’t truly defined at the time and anything that deviated from the traditional norms of metal was called nu-metal. Actually, let us be honest – no-one knows what nu-metal actually means. What are your thoughts on that?

I suppose it is human nature to want to place things into categories. It is easy to place things into categories because once they are categorised – you can pop them on a shelf and if you need them you can find them quickly. You know what? I don’t like the term. I don’t actually care anymore because it was so long ago. It lasted for quite some time, but that was the whole point of us making our third album White Pony. It was our stance on how things were going at the time and the popularity of nu-metal and how big things were getting, so we took it very cautiously and made a conscious effort to take a hard left and go as far away as we could. I’m positive that’s why we’re still around today. We’ve always done our thing and never really paid any attention to the categories into which we were put.

What are your plans for the rest of Deftones’s career?

That’s a great question. I don’t know. We’re getting ready to embark on a new journey in the form of a new touring cycle for this album. We just enjoy each other. After all these years, we enjoy what we do. It is a dream to do all of this and we’re just going to take it day to day. We’re looking forward to great things. We just put this record out now and we’ll love to make another one. We’re getting ready to play some shows and that is what it is all about.