Hectic. There’s no point denying it – that was a rough weekend. Heat, cold, sandstorms, a torrential downpour – we had it all. What was, only a few years ago, a lush landscape next to SA’s largest dam, was now a barren, dusty badland. But what an atmosphere the setting created… It’s always been a dream of mine to attend some of the massive international psy festivals such as Boom, Ozora, Doof, etc and it felt like this weekend gave us a tiny taste of what those events would be like.

Honestly, I’m not even sure where to begin – I have so many memories that I swear the event was a week long. But, let me start at the beginning and walk you through my journey; attempting to convey my experience.

We arrived early on Saturday to set up our camp under the trees – a fair distance from the festival grounds, but definitely worth it for the shelter (and peacefulness) it provided. Kicking things off on the Prizm stage we had Skitzo followed by SA’s minimal aficionado, RoomMush, a regular to the honour of opening festival floors and for good reason! Their bouncy selections were perfect for easing the crowd into the lunacy that was to come. 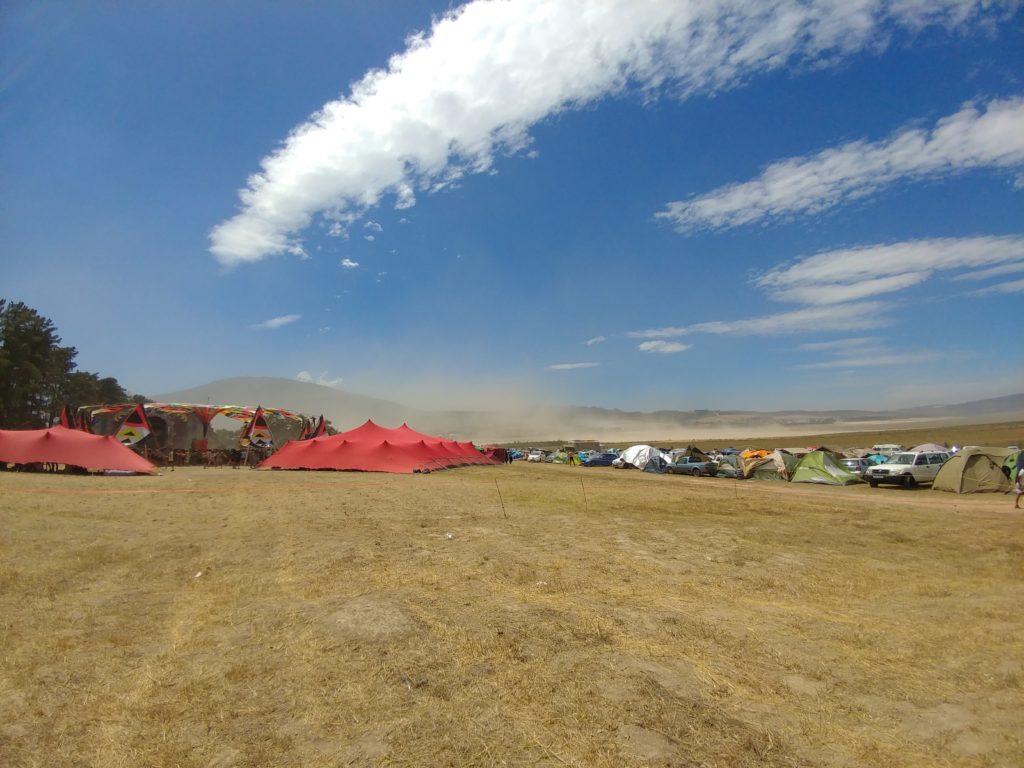 Most of my first day/night was spent around the Nova stage whose line-up was expertly curated by Matthew O’Connor, or better known as Yeti, where every act got a decent two-hour slot to showcase their sound. Opening up the floor we had the two upcoming DJ/producer duos Second Nature and Venture followed by Yeti and then Fogshow – a quality line-up on its own.

Throughout the night (and pretty much the whole weekend) I moved between the two floors; an easy walk thanks to the proximity of the stages and an almost full moon to light the way. This allowed me to also catch some of the highly anticipated 2 hour b2b from local legends Gonzo & D-Ranged that lead into a fierce return of UK based Audiofire.

Back on the Nova stage, we were then treated to the first of two Gabi 2B performances, an artist whom I was highly looking forward to hearing as his tracks feature heavily in my own sets, playing his unique take on techno incorporating a lot progressive and psychedelic elements. This stage provided a perfect juxtaposition to the trance floor for when I needed a bit of a breather or a bite to eat from probably the best selection of food stalls I’ve seen at an event – there was something for everyone. Nordic then supplied a perfect end to my evening with their groovy, powerful bass lines – I’m definitely looking forward to hearing more from this dynamic duo this year! 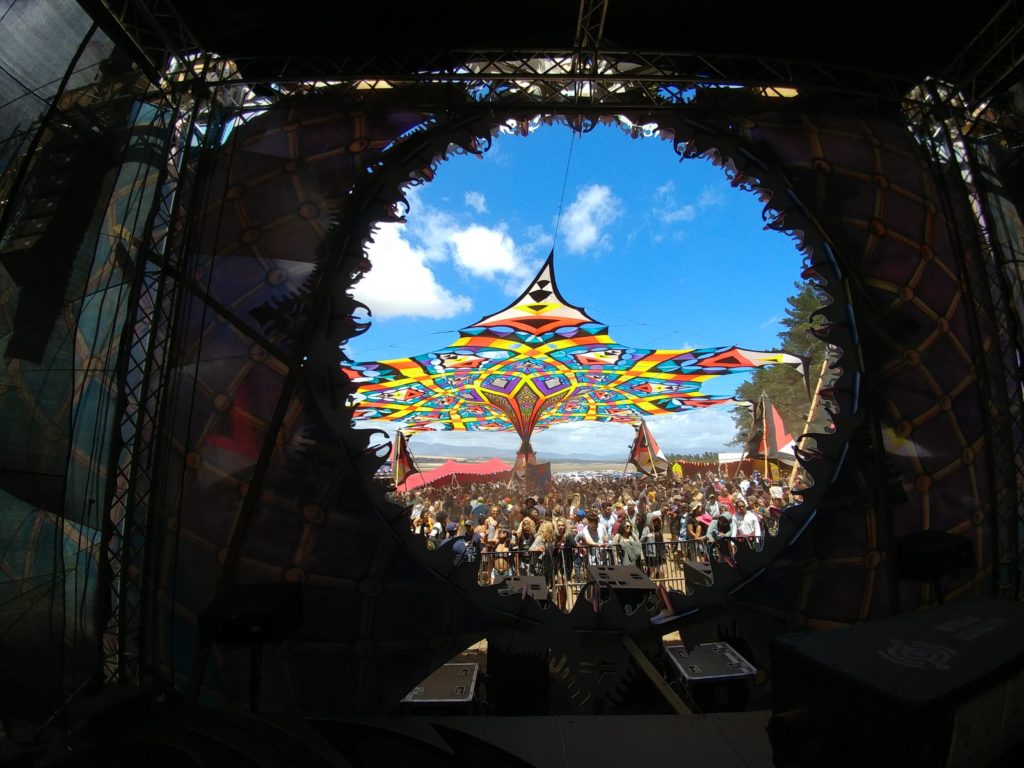 I was quite discontented to be missing the Deliriant into Tune Raider sunrise – I had to get a few hours of sleep at some point… But, judging from the last time I saw a sunrise set from Pamm, I can imagine it must’ve been something else!

Returning a few hours later, with my morning tequila-OJ in hand, I was feeling fresh and ready for a morning dose of Ranji madness. From here the day was filled with absolute mastery from every artist and next thing I knew the sun was setting and I had a look at myself – my white top practically brown and me feeling like a complete dirty mess – but so worth it! Progressive has been getting a lot of slack lately, but even the psy-purists had to agree that was fun. 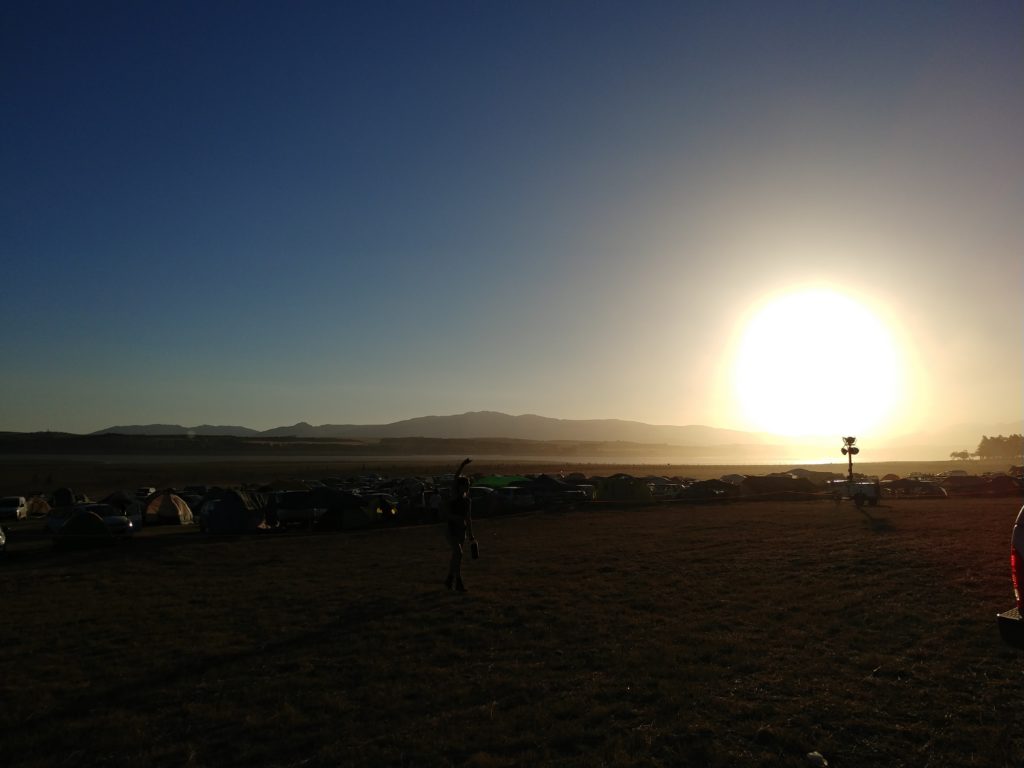 The final sunset of the year was handled skillfully by The Native and TerraMoon duo, followed by the iconic Mac father & son duo gearing us up for the New year; whilst Gabi 2B held down the Nova stage for those of slower hearts.

So, the initial weather predictions were indicating some light drizzle throughout Monday, but we all know that’s not how weather works in Cape Town… Not long into Blastoyz’s set, he whipped out TM18 (a Pokemon move dubbed ‘Rain Dance’ for those non-Pokemon fans) and the skies opened and it poured! But the crowd danced on – what better way to end the year off than stomping in the rain next to our almost empty dam?! The energy in the crowd started mounting; we were on the Brink of the countdown. The last seconds of the year were met with a roar of people chanting and easily one of the best countdowns I’ve experienced!

After quickly saying my new year’s greetings to everyone around me I dashed over to the Nova stage – it was TechRider time – a set I’ve been highly looking forward to since I found out he’ll be bringing in the new year. And what a mighty gift of techno he gave us! Taking full advantage of that incredible d&b rig – I was not disappointed. However, that main floor, where Stryker was also providing an immensely powerful start to 2018, was pulling me back. The crowd then got a strong reminder as to why the Rubix Cube guys have been at the forefront of psy-trance in SA for many years.
But now for my cherry on top – New Year’s Day – the celebration the festival deserved. Those who pushed through the elements, along with all the new fresh faces pulling through for a Monday Funday, weren’t ready for the carnage that awaited… The weather was prime, atmosphere electric and absolutely every set pure power – a carnival ride that just kept going up a notch with every act! From an unconventional daylight Mad Science set, through Dynamic Range, DJ Mark to Broken Toy just pulling apart that crowd and piecing us back together – the energy was unreal. We are truly blessed to have such incredible artists call Cape Town home.

The hour I was so eagerly awaiting was here – Talpa had arrived from Durban and was ready to orchestrate havoc on that dance floor. When that first synth started and that bassline kicked on that massive d&b rig – the entire floor erupted with absolute chaos! What followed was hands down the best set I’ve ever experienced – a warping sound and energy completely unique to Talpa. He was playing with us; with unpredictable breaks (which caught us by surprise, but we were secretly thankful for), ripping basslines, funky melodies along with the random keys, percussions, vocals and all sorts of other elements that make up the signature Talpa sound. What ground shaking power! I’ve never seen a crowd moving and losing themselves like that – we’d arrived at the circus! 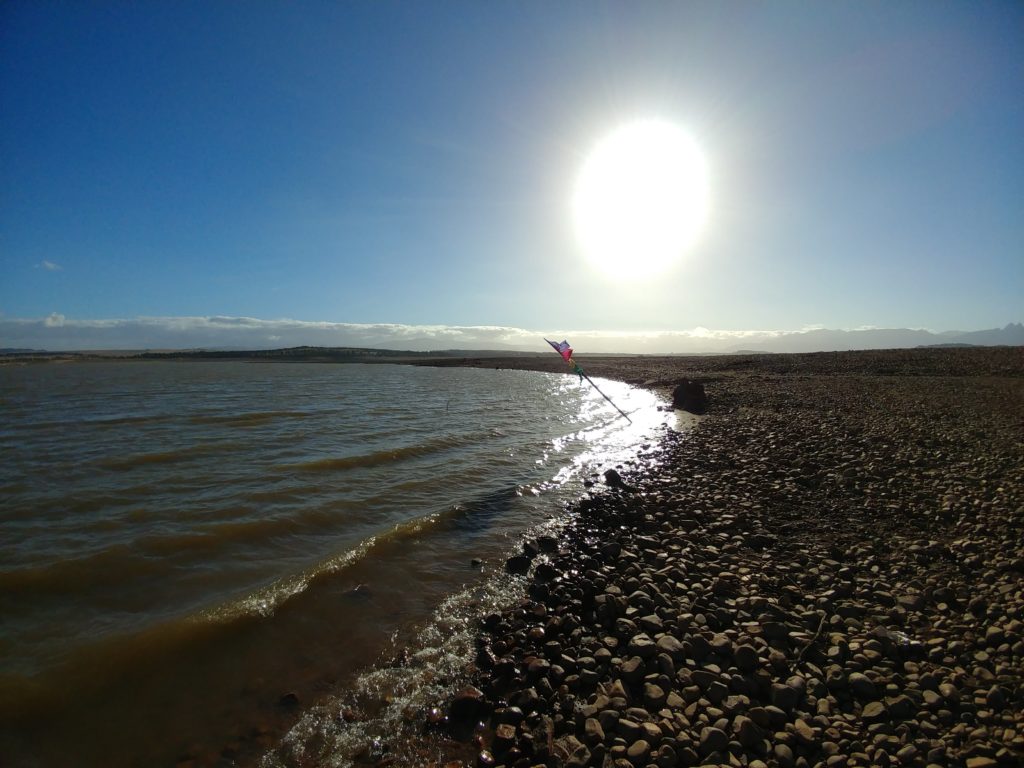 Sadly, all things come to an end and we decided to close the weekend off by taking a drive down (the water had receded too far to walk) to the dam for a little decompression and reflection of the weekend. Never had I experienced such exhilarating energy on a dancefloor! Yes, this wasn’t the Rez of past, but rather the beginning of a new chapter in the festival’s book – I look forward to seeing what next year brings us!

And finally a massive thank you to everyone who listened to my ramblings over the weekend and to Colin, Liza, Nicole and team for one incredibly well run and executed event. That was a real treat and a vigorous start to 2018! 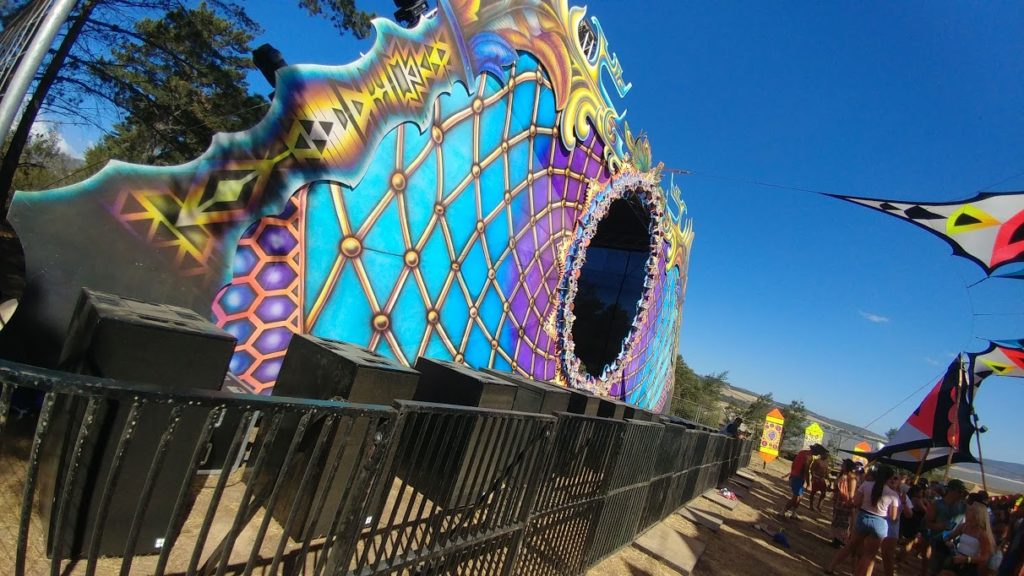