The street is littered with karaoke cats, quick-quipped beggars waxing lyrical, curious bystanders, and the disciples of Queens of the Stone Age as Manila plays host to two events tonight. A car crash soundwave hangs out of the few open windows above the queue, coaxing us inside. Lady Gaga’s ‘Paparazzi,’ belted out by early brave aspiring Little Monsters competes with Kasabian’s, ‘Shoot the Runner,’ sending my intestines into a twist of excitement and nausea. I haven’t been here for a while.

Bumping shoulders, the ‘please don’t hug me’ sweat, and building tension was relieved by a surprisingly cold Black Label. Manila Bar is greeted with a sea of faces and fervent perspiration which on second consideration, compliments the sex appeal that Queens of the Stone Age manages to ooze. Although I am not well schooled in the band’s music, I did jam their ‘Lullabies to Paralyze’ album on Windows Media Player in Grade 9 when I was feeling adolescent and angsty. Those complimentary Windows XP visualisations were definitely aiding in sticking it to the man! As I listen to it now, I realize that there is really nothing pubertal about it at all. In fact, the album bleeds alpha-masculinity riding on revved-up rock ‘n roll riffs. We are here tonight to pay devotion to our Neolithic idols. 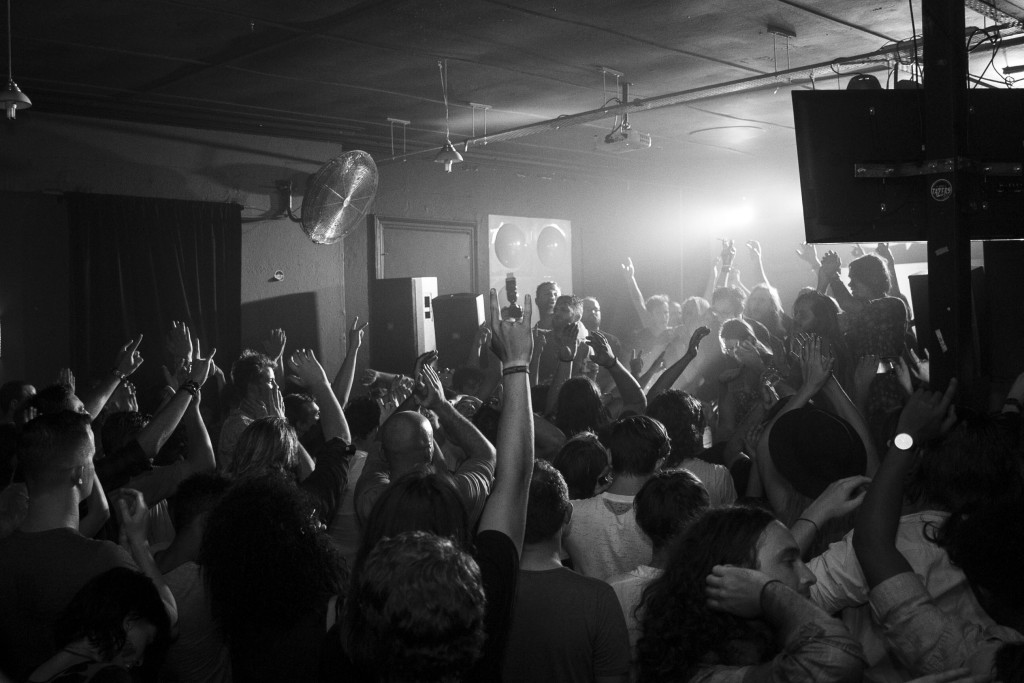 Our religious fervour is led by some of Cape Town’s finest; band members ranging from Taxi Violence to Stoker are here to deliver the invocation. Kieron Brown (Bam Bam Brown & The Wild Professors) and Nicoli Roos (The Sleepers) usher ‘This Lullaby,’ over us setting a deep and collectively connected consciousness on the crowd. We are stripped of the day and with, ‘Feel Good Hit of the Summer,’ we are speeding into the night. The power of one air-conditioner, two open windows, and two fans would not be a hindrance, in fact, these dank conditions appear to pull the crowd closer and inspire more wild eyes.

At some stage of the performance, a Jim Morrison reincarnate centres the stage. His presence and performance are not constructed, but guided rather by the sense that it is personal, genuine. Regardless of my evident fascination (I have only seen two “Jim Morrison’s in my life), it is not what pulls my eyes to the stage. Instead, it is the very believable performance by this pseudo-Morrison. His name is Dave Van Vuuren (Southern Wild) and he stirs emotion with gothic prowess whilst confessing ‘Vampyre of Time and Memory. His voice is met by enormous praise from a stunned audience, as the song ends with the speculative lines, “Does anyone ever get this right? / I feel no love.” 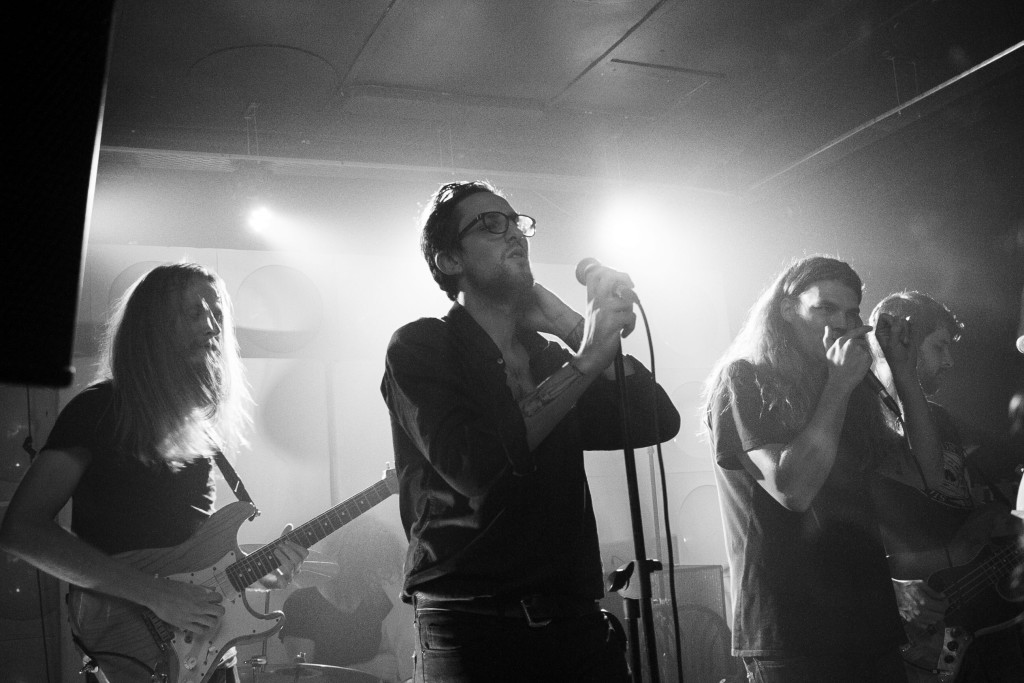 Also, a notable performance by Loveglove Pyrotechnics’, Stephan Lotz. He translates his familiar high energy presence adding to the bubbling vigour of the evening. That effervescence was complimented by a devotee spraying holy beer over us. ‘Make It Wit Chu,’ leads us back to the overall seductive quality innate in Queens of the Stone Age’s sound, and inspires a lit cigarette and swaying hips.

The QOTA tribute show played host to confident coolness and grinning manic foil, certainly reflective of QOTA frontman, Josh Homme. Our local talent may have been paying respect to this band but most definitely stepped up to the plate themselves. A reminder of what Cape Town has to offer when you reach stretches just a little further than Kloof street.  It was truly mind blowing to experience a packed to the rafters gig again, and to bear witness to the power of pouring blood, sweat, and tears into a project. It is no easy feat, but damn, you guys made it look and sound so good! On last words and congestion down the narrow stairs only to be licked by cool air, a friend turns to me and smiles saying, “you know it’s a good show when everyone leaves wet.”