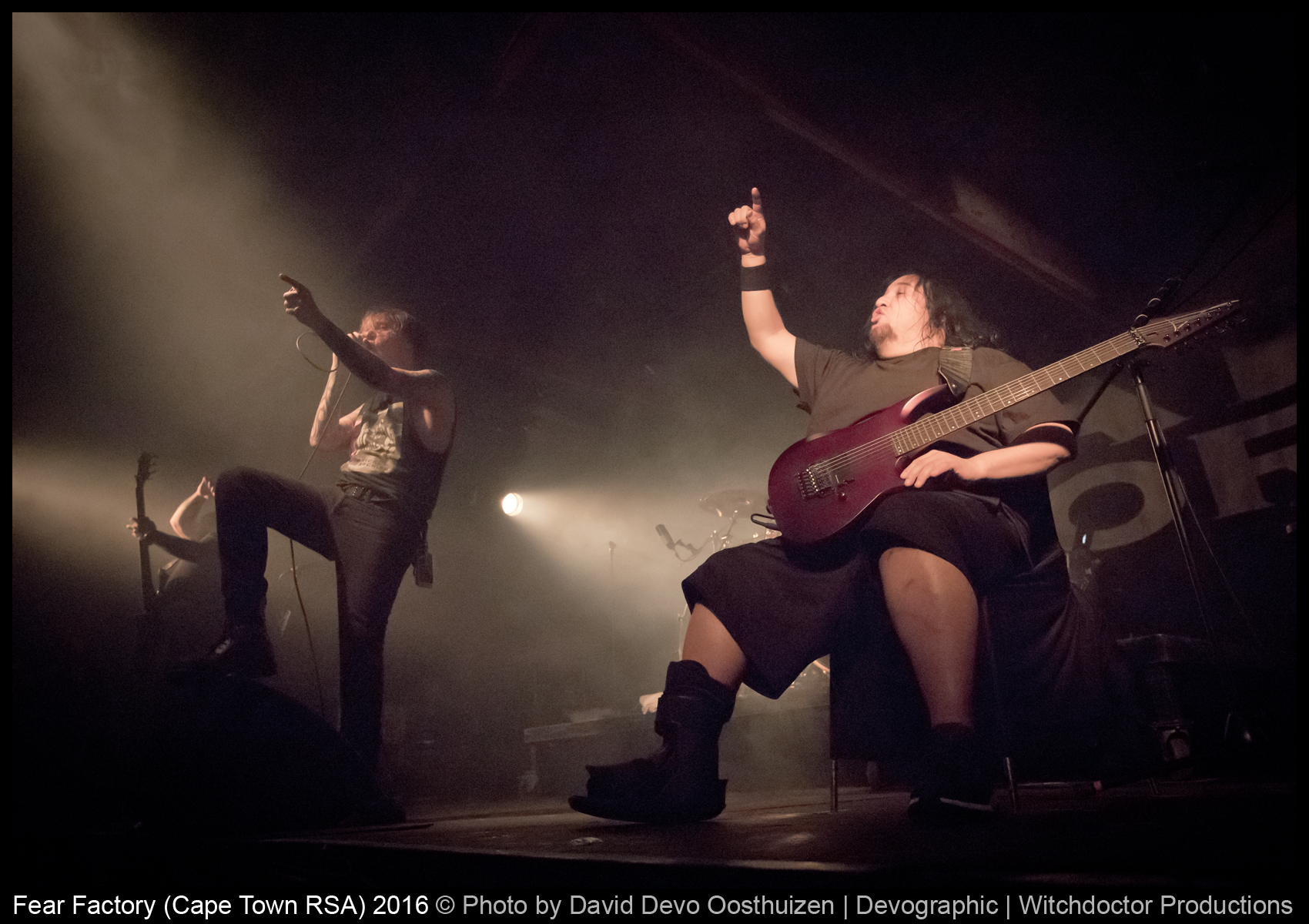 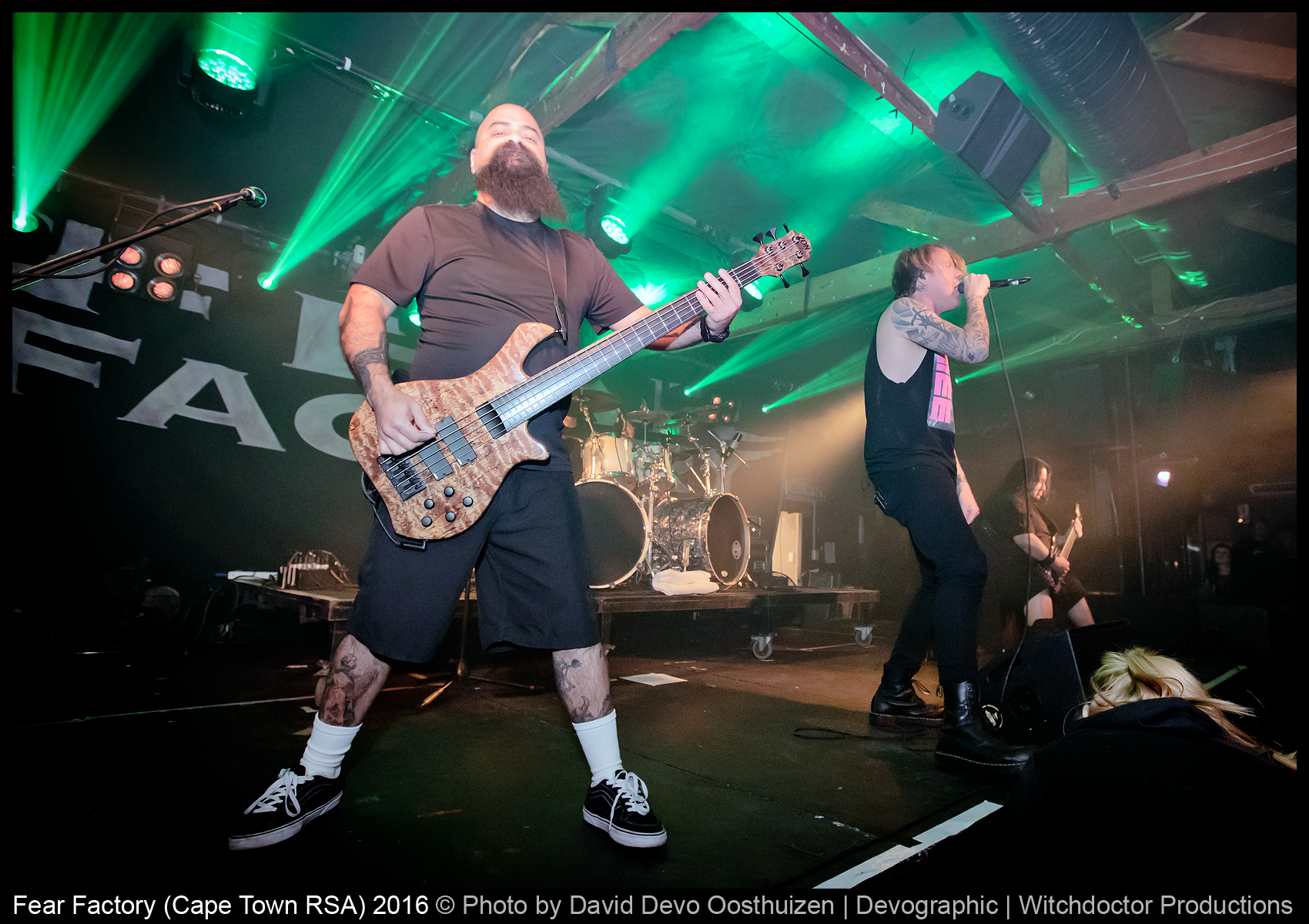 Where do I even begin to describe the sheer joy of getting to watch Fear Factory perform live at Assembly this past weekend? The vibe,the crowd, the supporting acts… let me start from the beginning of the evening, when I walked through the door and into the scene of one of the best shows I’ve attended this year.

Ill System went on stage in the first slot for the evening with an absolutely killer set. In typical Cape Town fashion, people were still arriving while the boys were on stage. It was so amazing to watch as people came up the stairs though as, instead of heading straight for the bar, they were rather drifting straight towards the stage in hopes of not missing another moment of the show.

Pretoria band, Boargazm, then took to the stage with their signature boar masks in place. Wow, what a performance. I could honestly never grow tired of hearing their music. Those boys impress every time they’re on stage and Saturday was certainly no different – it’s not surprising that they won the SAMMA for ‘Best Live Act’ 2016. 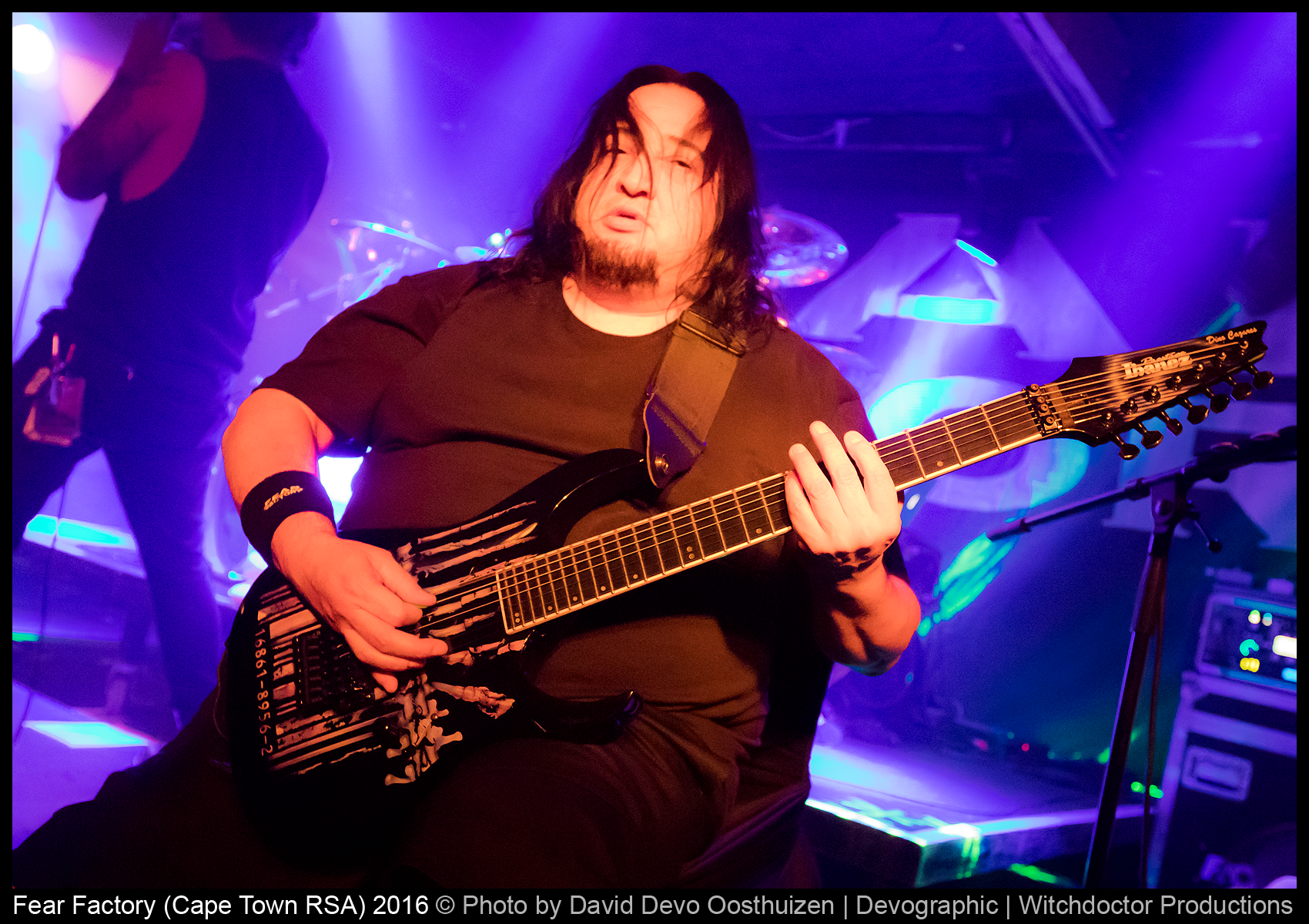 What a privilege it was to be at Fear Factory’s first Cape Town show. I had such high expectations of this international band and they didn’t disappoint. From start to finish there was high energy, amazing talent, and great crowd interaction. Even though Cazares had to remain seated for the show (due to a foot injury), the only difference it made to his overall performance was that he was a little closer to the ground. Their setlist included a lot of music from their older stuff all the way up to their newest album, Genexus. The crowd sang along to every song and you could hear their excitement each time another favourite started up. Bell constantly interacted with the crowd and had us all captivated. After an absolutely insane show, it was all done and the band left the stage. 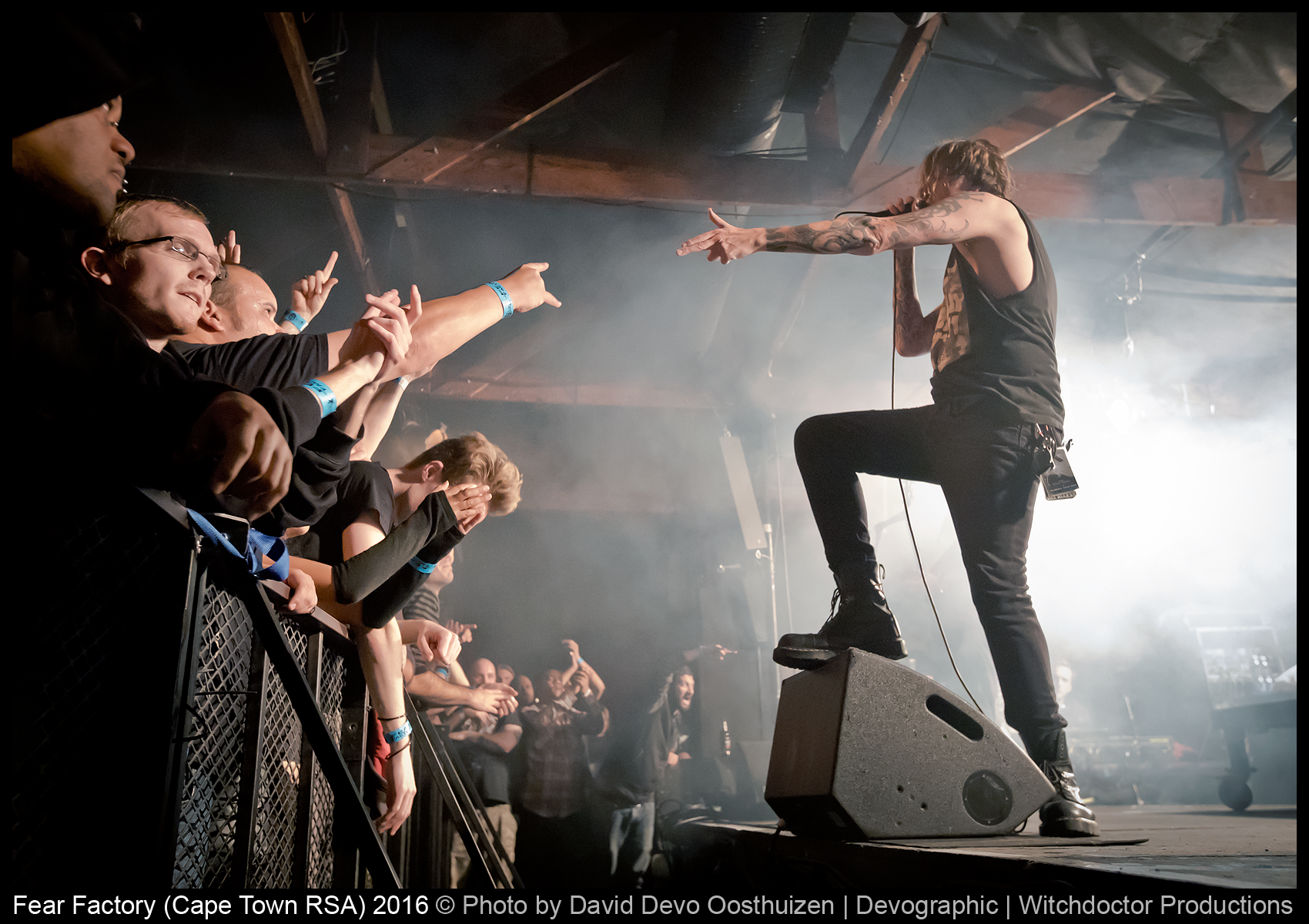 I stood there, with the crowd pushing past to get to the bar, unable to put into words how incredible the experience of seeing Fear Factory live was. It truly was an unforgettable show. For those of you who weren’t there – you seriously missed out on a show of a lifetime. Here’s hoping we don’t take another 20+ years to bring down this amazing industrial metal band again. 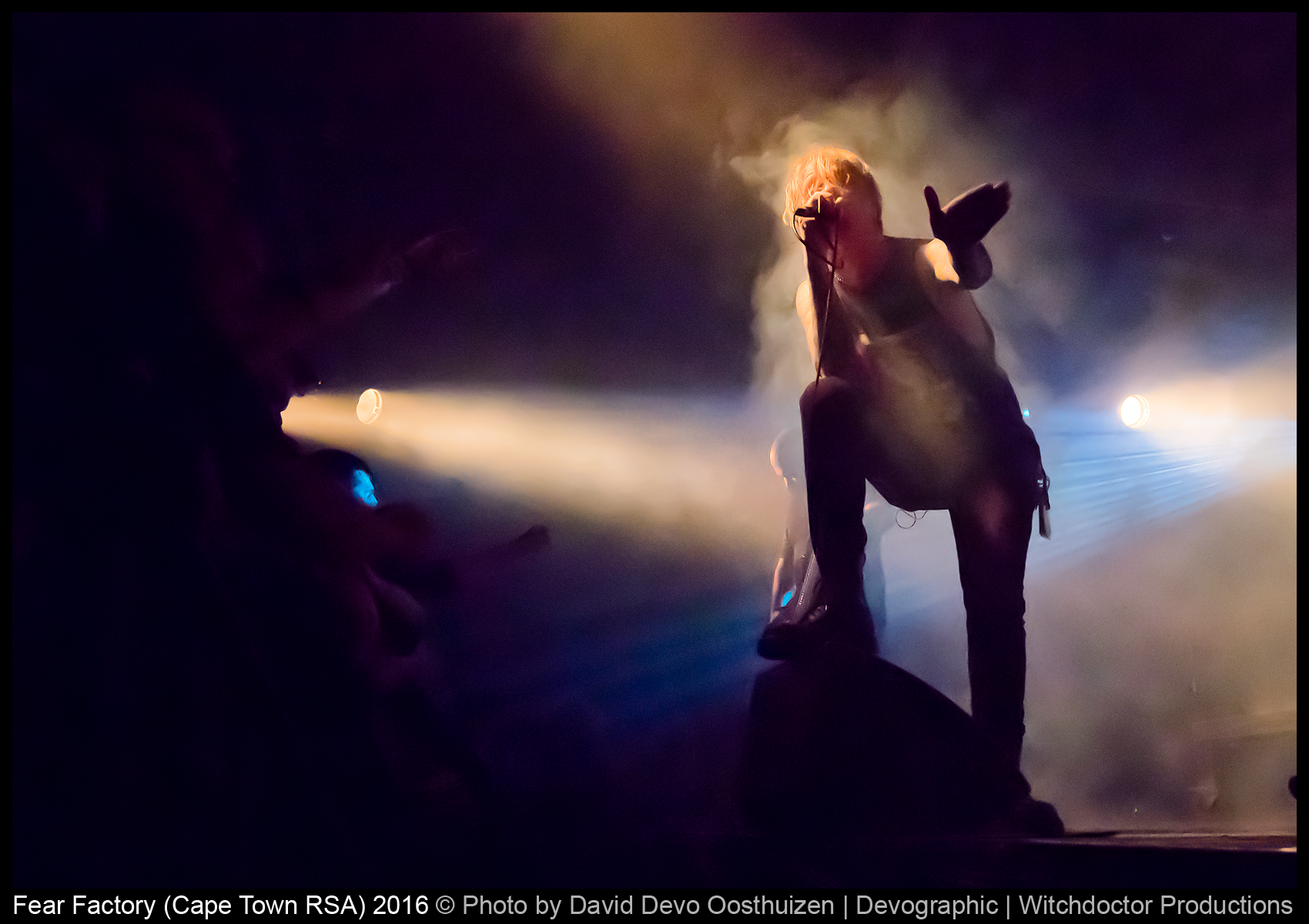