Today marks the release of Jerain’s latest single “Gold” – a sultry combination of RnB and soul polished off with the sensibility of mainstream pop music. We caught up with the singer ahead of the release of the single to chat a bit about the single and her vibrant academic and musical career.

Rude World Records has been on a roll with releases recently. How did you come to be signed alongside Jimmy Nevis and what has it been like recently?

I was asked by JC Brown (head engineer and producer) to feature on a few of his house tracks. I did vocals for a few projects with him and some of those songs went on o be playlisted on local radio. I had ideas for solo work and spoke to Rudi Africa (CEO) about it. I got signed and released singles. The rest is history!

You describe “Gold” as being your “struggle song” with regards to how you have worked hard to get to the point where you are now and I suppose I want to know what your story is – what has the past couple of years been like for you and how exactly did you get to this point where you can successfully write a song about all your musical trials and tribulations?

The past few years have been surreal. I’ve always tried to keep busy, some months are busier than others but obviously, as an artist and specifically songwriter, you’re always looking to evolve. I hate being stagnant so I just keep writing, recording. Even if it is featuring on a rappers’ track, or being involved in the writing process for a different project. “Gold” was written after a very honest look at myself and my journey. I had to take a really hard look at myself and where I was at. I knew exactly what I wanted to do and what I wanted the music to sound like and knew I could get there. So it was just a matter of not stopping!

“Gold” has an interesting hybridity to it as you fuse R’nB and Soul elements with hip hop and electro pop. What influenced you to pursue such hybridity?

The music I listen to and the music I write is usually very different. I wanted a more urban sound and so I had to create something where I can gradually get to my ideal sound. Also, I’m a fan of anything authentic and “Gold” was made in such a way that I immediately loved it. 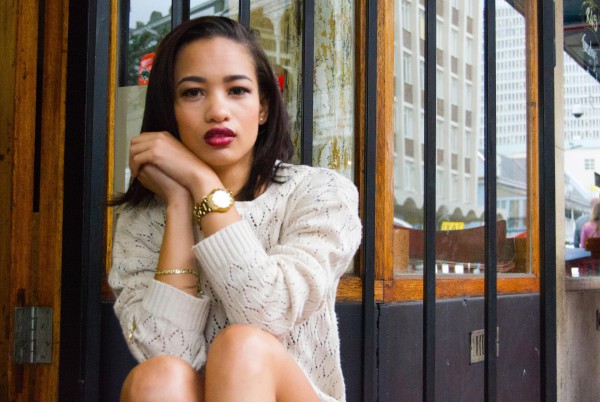 You consider academia to be an important part of your life – how do you go about incorporating this into your life alongside your work in the music industry?

Well firstly, my mother would kill me if I slacked as far as studies are concerned so I don’t really have a choice but to incorporate school into my life. Kidding (not kidding). Education is important to me and if I have an opportunity to learn more, I’ll take it! I don’t believe in knowing enough. For example, right now I’m busy with an additional fitness qualification. There are only so many hours in a day though so it is constant work. You just have to do it.

Finally, what are the plans for the rest of the year?

My plans are just to do more. Keep at it. Do some shows, release more music. I want to be recognised for my work so if I can do that, great!