Big Concerts did it again, this time bringing their first metal act in two years to South Africa and filling up the Grand Arena in Cape Town with eager Iron Maiden fans.

The sheer quantity of metalheads walking through Grandwest would have been a spectacle on its own, but the real display was set to begin at nine o’clock after the supporting band The Raven Age, a 5-piece UK Melodic Metal group who have also supported Gojira and Mastodon on tours as well.

The Raven Age delivered a tight opening performance and were well entertaining, but as mentioned by their vocalist they were well aware that they were only there to get the crowd warmed up for the headliner. Nonetheless the relatively young band tore up the stage in their own way and were very impressive to say the least.

As they left the vast stage the two peripheral projector screens lit up with a video advertising Iron Maiden’s upcoming mobile game “Legacy of the Beast” and the arena was once again left in anticipation.

The show started with another projected video clip themed as a jungle horror ending as the lights blasted outward towards the audience and the concert was on the go with a practiced stage presence that comes from more than thirty years of experience with legendary front man Bruce Dickinson sprinting, jumping and singing all over the stage, which portrayed a Mayan scene of pyramids and altars, showing off his incredible stamina for a 57 year old. 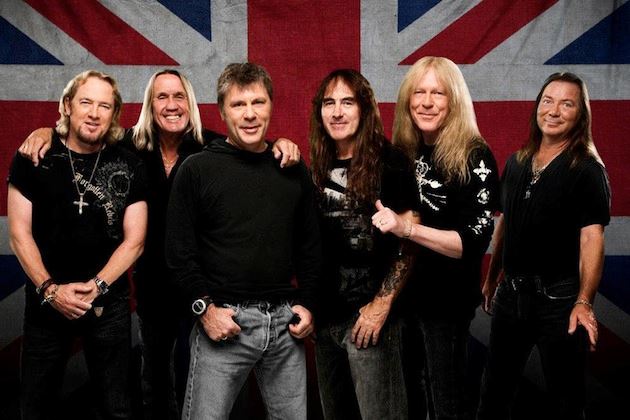 In the case of a band like Iron Maiden, a group who have collectively brought out sixteen records, the majority of which have garnered great international success, there is no shortage of songs to select from to put together a monstrous set list. Although many of the songs were from their latest album “The Book of Souls” which the current world tour was in promotion of, they succeeded in pleasing the nostalgic fans with classic favourites like Fear of the Dark, The Number of the Beast and the fantastic Blood Brothers to name a few.

The audience stood, jumped, cheered and even moshed with great enthusiasm along to every track and Iron Maiden held all in their hands with Dickinson commanding the crowd with gestures and encouragement.

To say Iron Maiden have a good stage presence would be a wild understatement as the whole performance was a production in its own right, every member exposing their own style, especially with guitarist Janick Gers competing for attention. Gers is arguably one of the best performers with an instrument in hand when it comes to showing off his moves, be it windmill strumming power chords, throwing his guitar high into the air, swinging the six-string 360⁰ by its strap or simply sprinting around like a madman in white high-tops.

And then there was Eddie…

Twice the size of a large man the goliath came stomping out onto stage adding to the entertainment and quite frankly it was a frightening sight. Eddie became a part of the performance and then disappeared, only to return later as a gigantic head and shoulders behind the band with burning eyes leering out at the crowd.

An incredible demonstration of music, visuals and entertainment which left people in awe. This is where metal grew from and these epic productions are a glimpse into what was once an enormous market, an absolute treat to behold and experience. 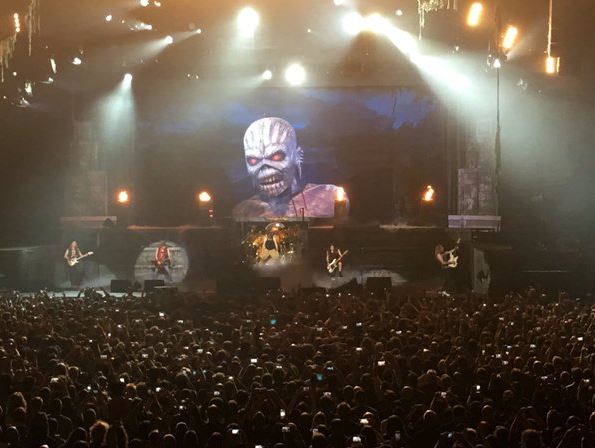