Waterparks blew into the alternative scene this year with their breakthrough EP Cluster. The EP found them with a fixed slot on this year’s Warped Tour and they managed to wade their way to the front of the ranks of nondescript pop-rock/pop-punk hybrids that usually dominate Warped Tour. Such territory always comes with the risk of being consumed by the genre and falling prey to embracing the creative stagnation of the pop punk genre and the glory of the Warped Tour spotlight. However, that is not a spotlight that Waterparks seem to want to shine on them perpetually. Their debut album Double Dare is a bold statement of “we are more than just another pop-punk band”.

“Hawaii (Stay Awake)” opens on an energetic and euphoric note as indie-pop synth tones blare out at the listener before finding their way into choppy guitar riffs. The song powers forth like a glorious pop-rock anthem with electronic samples and catchy choruses, but is tinged with just enough grit and edge to keep them from ascending into the realm of 5 Seconds of Summer faux pop-punk appeal.  The song immediately establishes that Double Dare is going to be laden with numerous electronic elements weaving in-and-out of the more traditional pop-punk meets pop rock elements.

“Gloom Boys” establishes much of Waterparks lyrical aesthetic as lead singer Awsten Knight delivers self-referencing lyrics like “I like happy songs with titles that don’t really match” and “I like happy songs that sound nice even with their words like dog bites”.  It posits the band as being one that delivers music soaked in euphoria to disguise the angst-ridden nature of their lyrics. It serves quite well to fuse the band’s pop-punk roots with their current gritty pop-rock sheen that is placing them on a fast-track to worldwide success. The song also encapsulates the band’s humble, and often self-depreciative, nature as “Gloom Boys” persistently drives home the idea that the band has “bought a knife to a gun fight”. The lyric is laced with connotations that Double Dare is insignificant compared to the music being produced by modern and larger pop punk bands, but if shitty anime has taught me anything: 99% of the time the guy with the knife wins the gun fight. 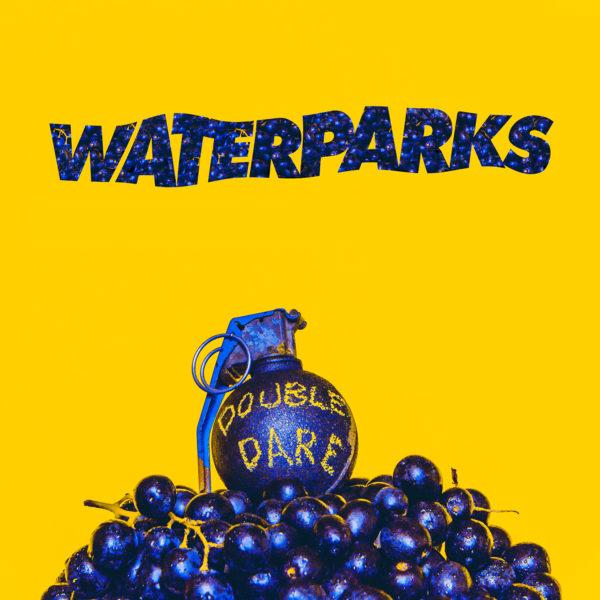 Double Dare, like any pop-punk album worth its salt, is persistently laden with introspective self-depreciation. “Stupid for You” hammers home lyrics about obsession and unrequited love while “Royal” is an angst-ridden anthem that encapsulates most pop-punk clichés of hating your hometown and feeling worthless. However, these songs, like “Gloom Boys” suggest are offset by the music that accompanies them. “Stupid for You” opens with guitar riffs that sound like they should have been on an All Time Low Dirty Work b-side and the entire song is a repeated burst of catchy hooks, bubbly vocal harmonies and enough euphoric melody to make Hellogoodbye seem like a proper emo band. “Royal” is a pure pop-rock anthem supported by electronic samples that could drive the next indie-pop summer anthem. It is the same kind of musical and lyrical juxtaposition that propelled Twenty One Pilots into the mainstream light.

However, Double Dare isn’t just all about the pop rock anthems. Their guitar riffs are still gritty and they aren’t completely coated in the bubble-gum pop sheen. Packed into the nooks and crannies of Double Dare are songs bristling with the unbridled energy of pop-punk as they deliver teen-friendly ragers like “Made in America” and “Little Violence”. The latter of the two songs is the band at their most profound as they take the form of the band they could be in a few years. The song is a gritty and pissed-off attack on the elitist punk scene and also on bands that perpetuate the stagnation that faces the pop-punk scene. It is here where they shed the humble nature established in “Gloom Boys” and present their manifesto: to chart their way through this industry and claim any possible shred of fame and glory.

Waterparks definitely has what it takes to make a name for themselves in the music industry. Gritty pop-punk anthems like “Dizzy” and “Plum Island”, with their bristling riffs, bursts of upbeat melody and introspective lyrics, lend the band credibility in the alternative scene from which they emerged. However, cheesy neon-pop anthems like “Take Her to the Moon” give the band the ability to crossover into the world of pop rock superstars in a way that 5 Seconds of Summer only dream of ever doing. The boys are back, they may be sad, but they are definitely royal.