Drastic Fantastic was such an interesting move for Tunstall because it really was the first album on which KT’s voice wasn’t the centre-point of the experience. It was the first time that the studio work – now mandated by her reputation – took equal standing to her presence; was afforded the same level of sonic relevance as her pipes. The riffs, the modulated rhythms on the same plateau. The background vocals pushed up the hegemony, creating an almost polyphonic vocal experience reminiscent of summertime – or rather, one specific summer, at the end of my final year at high school, during which this album was my go-to feel-good situation.

‘”Comfortable” is probably the best way to describe the folk-pop that leaks through the speakers and turns your surroundings into amber with an energy that takes you to the playing field of every festival you’ve ever wanted to go to. “White bird, white bird. With your face so pale.” – words with which Tunstall breaks the sophomore curse on an album which I always find difficult to put off once I’ve put it on.

This was the album which I felt demonstrated something very specific – her strength as an artist in terms of her willingness not to get lost in the haze. Yes, you can hear some choices on this record which are quite clearly a concession to some invisible studio head. But, the sound still has an integrity to it – a flavour only she can mix. That being said, the now increased pressure on her to make work that pleased a mainstream audience could be the reason that this album follows a much less stable path for the musical logician to follow – reading more like a collection of short stories that it does a novel. In 2007 it seems that her padded timetable had perhaps detracted from the time spent labouring over the narrative in the ways she seemed to have done on Eye to the Telescope. But, that needn’t mean that it’s a bad album. On the contrary, over the years I’ve owned it, I’ve repeatedly and happily lapped up the micro-narratives of which the album is comprised:

“Funnyman got a plan to be something wonderful.” she sings about a bone fide crazy friend.

In an array of comfortable melodies KT proves her agency as a songwriter, and takes the listener on a mellow journey through her second big-budget offering. 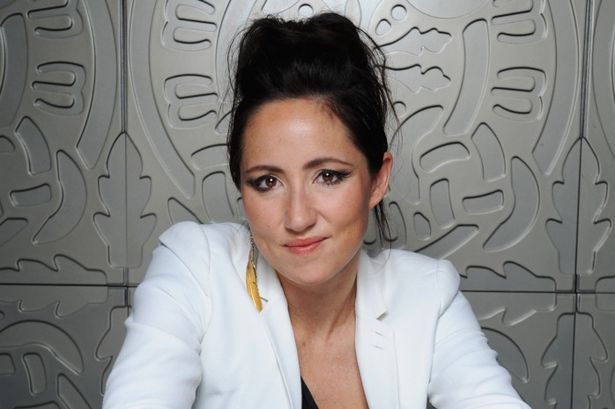 In criticism, it can be argued that by track 7, “I Don’t Want You Now”, Tunstall had repeatedly gone back to the first sticker of the storyboard and hadn’t offered much in the way of variation. But, as soon as the thought strikes, the feel changes and Tunstall offers up the slightly more melancholic “Saving my Face”. And then, not missing a beat, delivers one of the album’s best tracks: “The Beauty of Uncertainty” – a track which tunes me into whatever wavelength she’s on and reminds me why I love her.

“I need a mirror in the eyes of a man. Need no protection from my bulletproof plan.”

With this song, we see the re-emergence of the Tunstall on Eye to the Telescope as she once again handles the theme of uncertainty, of the lack of a stable direction to follow – a truth which arguably caused this album’s nature.

But, I don’t hold it against her, because this is still a solid album. It’s anecdotally driven, it’s melodically sound and its songs are well-written. It’s the kind of album you put on to light up the room you’re in and the one I use to remind myself of one of the best summers of my teen years.

So, pour yourself an ice-cold drink, go sit by the pool and listen to “If Only” and “The Beauty of Uncertainty” below.

And check back next week when this article series takes a look at Tiger Suit – Tunstall’s follow-up and non-stop thrill of an album.